San Francisco, CA (October 5, 2020) — The City and County of San Francisco Controller’s Office, in collaboration with the City’s Department of Police Accountability, has released the results of an audit that assessed whether the San Francisco Police Department (SFPD) collects and reports use-of-force data adequately and effectively. 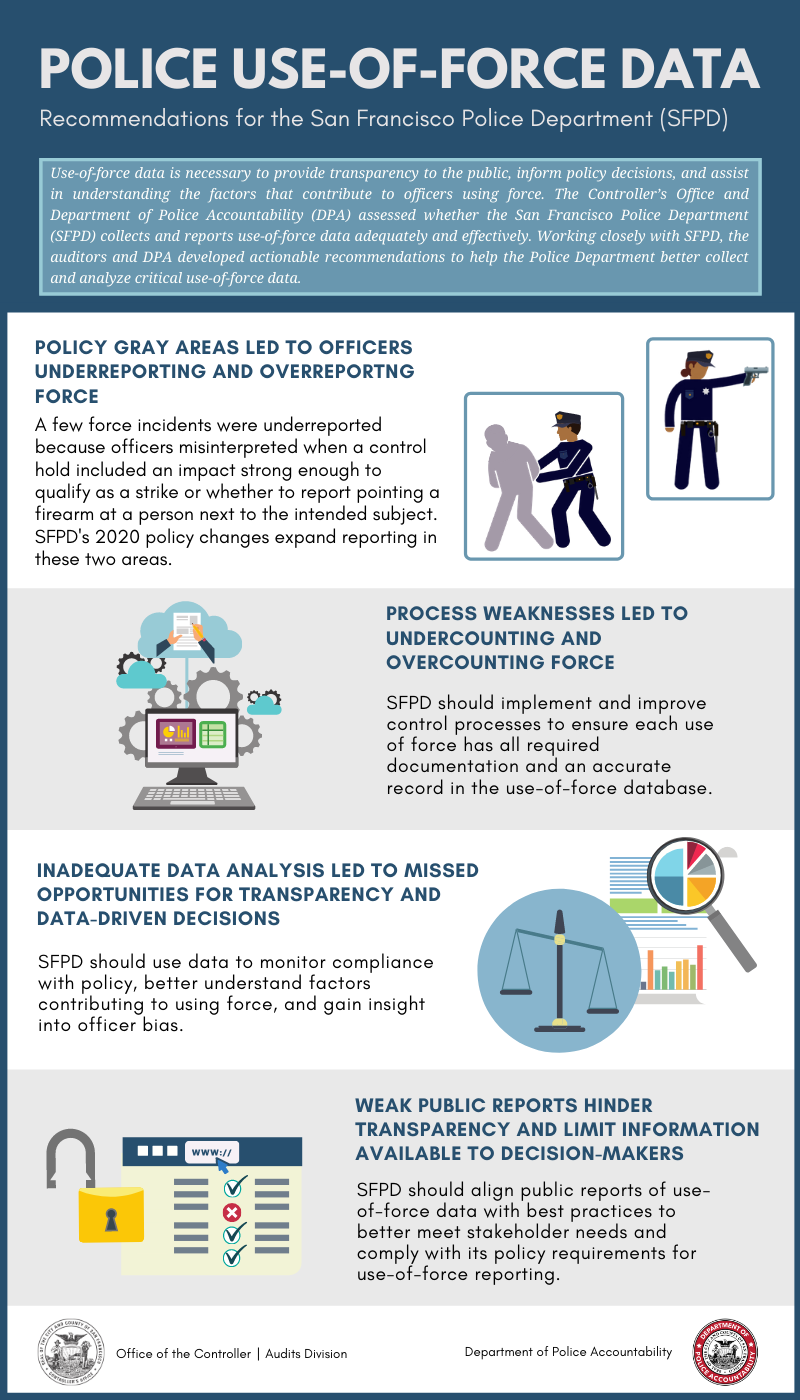 About the Office of the Controller
The City Services Auditor (CSA) was created in the Office of the Controller through an amendment to the Charter of the City and County of San Francisco (City) that voters approved in 2003. Within CSA, the Audits Division ensures the City’s financial integrity and promotes efficient, effective, and accountable government by conducting performance audits, investigating reports received through its whistleblower hotline, and providing actionable recommendations to city leaders to improve the overall performance of city government.