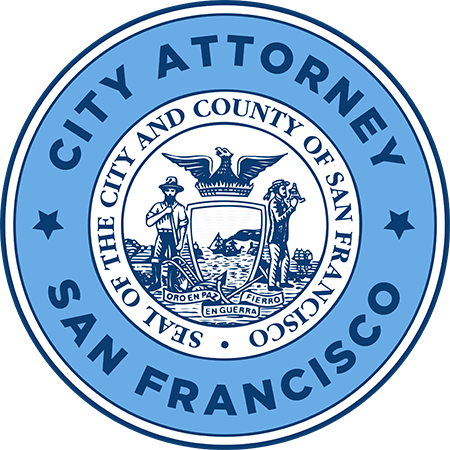 SAN FRANCISCO (Feb. 4, 2020) — City Attorney Dennis Herrera and Controller Ben Rosenfield announced today that they have made progress in their joint widespread public corruption probe stemming from federal criminal charges filed against Public Works Director Mohammed Nuru, which were made public on January 28.

“San Franciscans deserve a government that is worthy of their trust,” Herrera said. “When the integrity of San Francisco’s government is called into question, it is our duty to get to the bottom of it and change what isn’t working. That’s what the City Charter calls for, and that’s exactly what we’re doing. We are going to follow the evidence wherever it leads.”

“San Franciscans are owed transparency and accountability when it comes to their tax dollars,” Rosenfield said. “My office is focused on ensuring that public funds are spent wisely and properly. That is our job. Anytime there are allegations that public funds are being abused, we are going to review what occurred and promote practices to prevent it from happening in the future.”

The City Attorney and the Controller are taking the unusual step of providing details about an ongoing investigation because of the overwhelming public interest in the matter and the importance of transparency in repairing public confidence in their government following federal criminal charges against Nuru. Still, there are limits to the details we can provide in order to protect the integrity of the ongoing investigation and to comply with employee privacy and other rights.

The investigation began in earnest immediately upon Nuru’s indictment being made public. Soon after, Mayor London Breed sent a letter asking the City Attorney and Controller to investigate. While both offices appreciate the Mayor’s focus on the issue and welcome the full cooperation of the executive branch, our investigation was already underway and would have continued regardless.

How the Investigation is Being Conducted and Progress to Date

With the support of the Controller’s Office, the City Attorney’s Public Integrity and Investigations Team is leading the investigation into alleged wrongdoing. In addition to identifying employees or officials involved in potential violations of local law, the investigation will identify contracts, grants, and other government decisions possibly tainted by conflicts of interest and other legal or policy violations.

The investigation will also review practices in place to review and approve contracts and leases at the Airport Commission and Transbay Joint Powers Authority, both to flag any awards that may require additional review by the City Attorney’s Public Integrity Team and to recommend changes to better ensure consistency, transparency, and integrity in these processes.

The Controller also intends to make periodic public recommendations to the Mayor and Board of Supervisors, on a rolling basis, regarding their findings and recommendations for improvements to the City’s procedures to minimize the potential for abuse. The Controller’s Office expects to release their first recommendations in the next 30 days, with others to follow as the investigation progresses.

Who is Conducting the Investigation?

The City Attorney’s Office and the Controller’s Office are both independent City agencies. The City Attorney’s Office is separate from the legislative branch and the executive branch. The two offices already work closely on the City’s Whistleblower Program. The ongoing public integrity investigation involves senior investigators from the Whistleblower Program and senior staff from both offices. It has the highest-level attention from the Controller and City Attorney personally.

Investigators from both offices work hand-in-hand with the public and City employees to fight abuses to public integrity citywide. To report suspected public integrity abuses regarding this investigation, please contact the Public Integrity Tip Line. You can provide information via e-mail at publicintegrity@sfgov.orgopenbook.sfgov.org. As always, any member of the public may file any allegation of improper or illegal public activity with the City’s Whistleblower Program at sfcontroller.org/whistleblower-program. That program, administered by the Controller’s Office, often partners with the City Attorney’s Office on investigations.

For all press inquiries:

About the Office of the Controller